Do you see where the sheriff, the Los Angeles County sheriff whose name is Alex Villanueva has challenged LeBron James to match the reward money for the gunman who shot the two deputies? 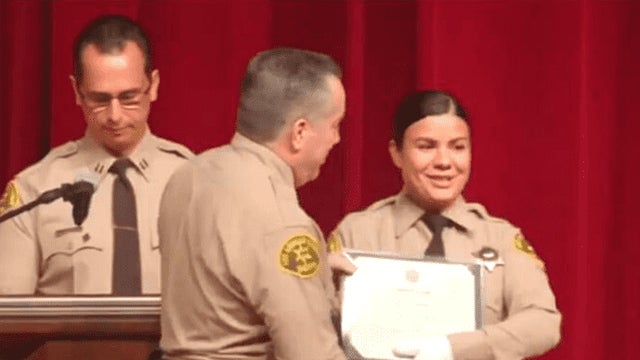 The story of these deputies, this is amazing, by the way. These two deputies that were shot at point-blank range by this lone gunman, it is stunning what these two went through, particularly the female deputy whose name is Claudia Apolinar. She survived the ambush. She saved the life of her partner. She's 31 years old, a former librarian who just graduated the sheriff's academy last year.

She was struck in the jaw during Saturday's shooting. She was in stable condition at the hospital. They were both shot at close range sitting inside their patrol car. She made a tourniquet for her 24-year-old partner before medics arrived. She was able to get both of them out of the car and shielded behind the open car doors, after being shot in the face a couple of times.

She had the presence of mind and still conscious to be able to apply a tourniquet to save the life of her partner and herself. It is a stunning story, a stunning display of courage. And there's video. The video shows how the deputies helped each other despite being shot in the head, in the face, and in extremities. In fact, the female deputy probably saved the male deputy's life by applying a tourniquet to his arm, despite herself having been shot in the jaw. She made a radio call for more help, despite being shot in the jaw. 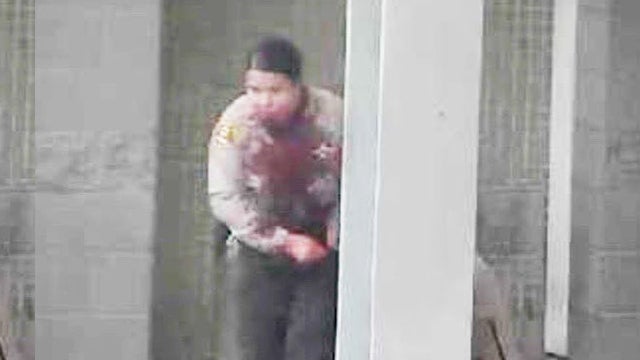 Not one -- and there were bystanders -- not one of the people watching any of this helped. Not one of the people who watched any of this even called 911. You know why? They were too busy cheering the thugs or thug who shot the officers. We had audio of one such bystander yesterday. And it's just infuriating to listen to this guy go on and on, "Oh, man. Oh, man N-word been lit up, oh, wow, how cool, man, they been aired out, right on. N-word cop been aired out." The guy was ecstatic and happy over what had happened. Sick.