RUSH: Also, have you...?  Mr. Snerdley, have you all seen the painting of Bill Clinton decked out in a blue dress wearing hot red high heels draped over an armchair that was supposedly in the home of Jeffrey Epstein?  I've had a number of people send that to me and say, "My gosh, Rush! I mean, who...? Who in the world would put a photo like this or hang a picture like this in their apartment?" Folks, you're looking at this the wrong way if you think that.  There's only way to look at this. 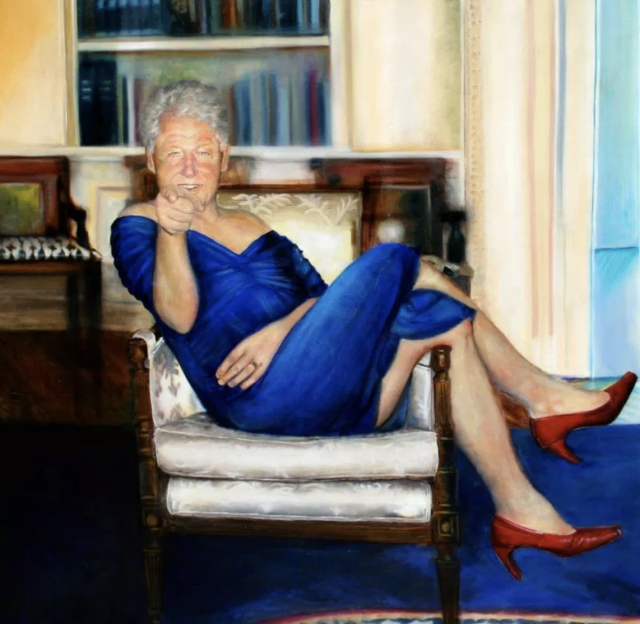 That photo is a tribute from Epstein to Clinton!  I mean, what was Clinton doing?  He was having an affair with an intern.  What did Epstein do?  Basically the same kind of stuff.  The age difference of the girls was somewhat different.  They were buds!  I'm telling you, that photo, that thing, that picture of Clinton? That's an in-your-face to all of us.  That's a private joke between them.  That's not Epstein trying to humiliate Clinton.  That photo, that painting-- whatever it is -- is a tribute.  Do not doubt me on this.